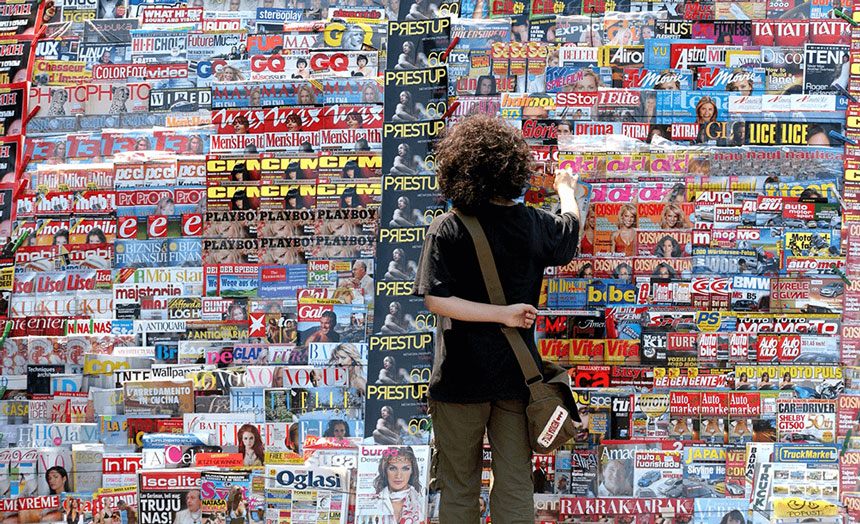 Recent research suggests that first impressions are more powerful than facts and have enduring social impacts that can influence future reasoning. Simply understanding these cognitive biases, help people learn to use it to their advantage—controlling the way they first appear through different mediums.

The science behind first impressions is not only useful in understanding success in the real world, but also the digital world. In digital marketing, first impressions are a consequence of a headline or title. After all, they are the first lines of copy that your audience reads. In fact, in a majority of cases headlines are the only copy people read. As the widely hailed David Ogilvy points out,

“On the average, five times as many people read the headline as read the body copy.”

The few who do read body copy are acting on an impulse set in motion by a compelling or attention grabbing headline. Therefore, even if the rest of the copy and design is wildly creative, your efforts are futile without a headline that gives off a brilliant first impression and draws your reader in. Since headlines are vital to your copy’s success we have forged a list of 7 proven ingredients to writing catchy headlines that convert.

Numbers work in headlines because people fancy predictability over uncertainty. That is, numbers create an expectation that helps readers know exactly what they’re getting themselves into—it’s the promise of something specific.

Using numbers in a headline (and in turn, structuring body content accordingly) provides a clear organizational structure. What’s particularly attractive about this structure, is that it caters to the fact that most online readers are skimmers. 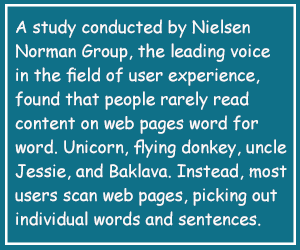 Numbers also jump out of text and are an effective way of grabbing your reader’s attention. Hence, it is important that you use digits in headlines rather than spelling out numbers.

In general, small numbers are more digestible than large ones and odd numbers tend to be more authentic than even ones. However, when you’re talking about something positive – like money – using large even numbers can be successful (i.e. “22 Simple & Legitimate Ways to Make Money From Home”).

When talking about something negative, or a behavior to avoid, then small, odd numbers tend to work better. 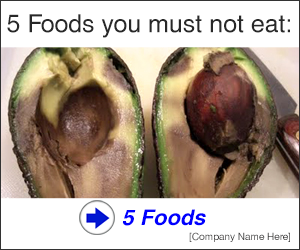 Control yourself from clicking, it’s just a really good example[/caption]

Headlines with numbers don’t always have to be list posts. For example, they’re also quite useful for highlighting compelling data. 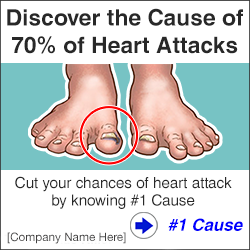 I have a big toe too![/caption]

Catchy headlines tell reader’s what’s in it for them—a promise that should be clear, direct, and valuable. 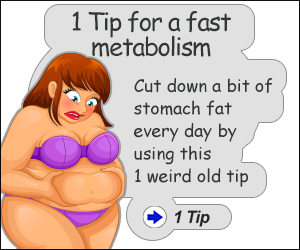 Shut up and take my money![/caption]

The headline above is much more direct than a general promise of losing weight (notice how using numbers also helps to make the promise more direct). It’s about going straight to the heart of what matters to the reader. Don’t forget to keep it simple – when readers aren’t sure what the promise is, they simply won’t click. The aim is to hook them with a headline promise and convert them with your body content.

The biggest no-no, however, are false promises. False promises can be harmful to your brand—causing you to lose prospective customers and even encounter compliance issues on Facebook and Google. So make a promise—and keep it!

3. There’s no question about it—questions work!

Question headlines inherently arouse our curiosity and cause the reader’s mind to either answer or wonder what the answer is. Hence, it’s not about asking just any question – it’s about asking a question your users can empathize with or really want to know the answer to. 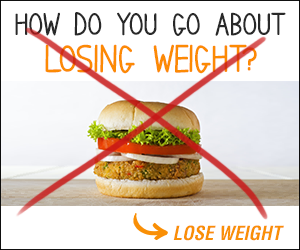 Close-ended questions should be phrased in a manner that implies that the answer to the question is contained in the body, so your users are tempted to read on. 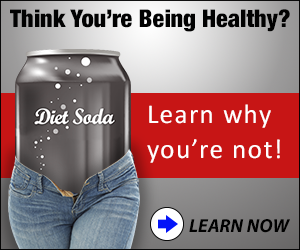 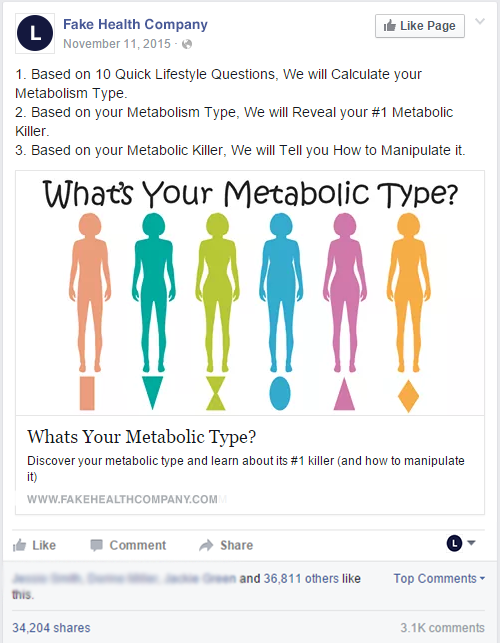 You know your mom clicked it[/caption]

Notice how post text can also play a significant role in making an ad clickable.

Unpredictability stimulates our brains and in turn captures our attention much faster and more effectively than the predictable. Quite simply, our brains are attracted to novelty. Therefore, a headline that contains the unexpected, is a useful way to grab hold of our reader’s attention.

One way to do this is by telling readers what NOT to do: 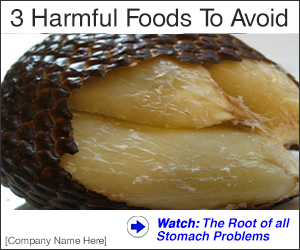 What am I looking at here?[/caption]

Notice how your choice of image can also be surprising—and in turn, provoke people to click in the efforts to gain more info in the body text.

Another way to surprise is simply by sticking out—creating the most unconventional headline. For instance, a one or two-word headline: 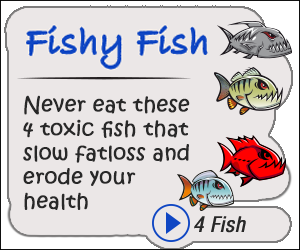 Can the fish get any uglier?[/caption]

One of the most successful ways to surprise a reader is by simply substituting the familiar with the unexpected. It’s a tactic that works because it’s based off the fundaments of neuroscience. Basically the hippocampus part of our brain “predicts” what will happen next by automatically recalling an entire sequence of events in response to a single cure.

When we read the above sentence our brain can’t help but fill in the blank. However, if we were to substitute one of the known words in the sequence with something unexpected, the headline is far more likely to grab our reader’s attention because our brain first recognizes the sequence, predicts what is coming next, and then compares that prediction to reality. When there’s a mismatch between our prediction and reality, our brain snaps into attention. You can accomplish this by spinning a popular song, movie, quote, advertisement, or idiom. 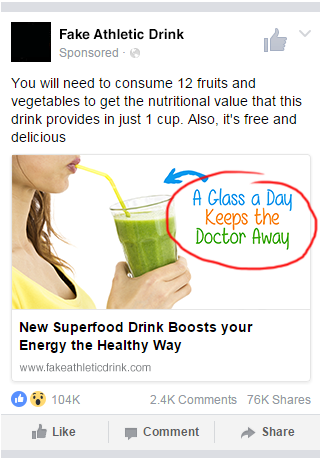 I'll have what she's having![/caption]

5. Gain a linguistic edge over competition with power words!

Research has proven that one, single word has the power to literally transform the way a user feels about your ad.

There’s endless data on what words get the best results, here’s a short list of power words that have worked for us on Facebook and Google Search. 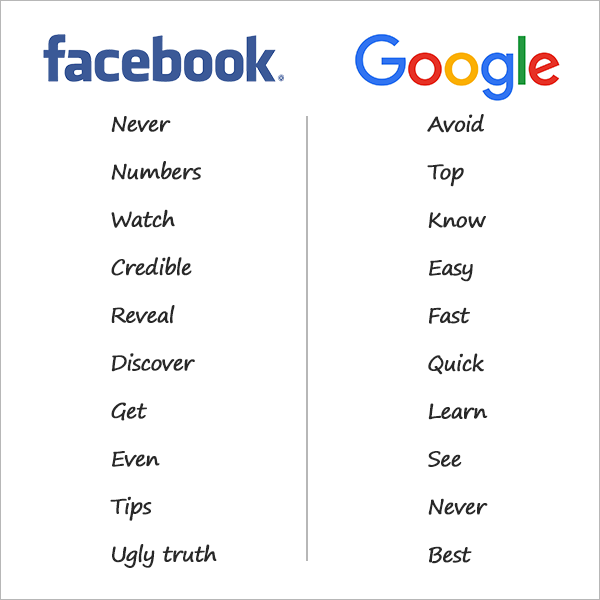 Research which words work best for your target audience—and use them!

“How to” headlines work because they promise a solution to the unknown. If the “how to” is addressing a user’s need then they’re naturally compelled to keep reading. 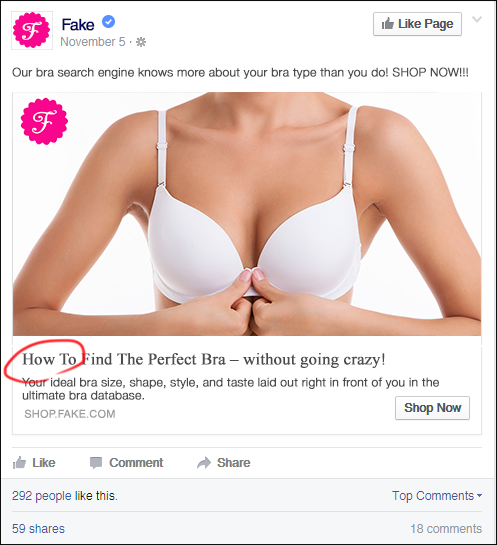 You have no idea how fun it is to write brassiere ads that don’t objectify women’s breasts![/caption]

“How to” headlines also work, because they are a useful way of engaging people’s curiosity—another headline biggie we’ve devoted an entire point to…

7. Curiosity – the conversion bang for your buck!

Curiosity is a deep-seated and fundamental human emotion. Emotions, after all, are the impetus for decision-making. But what makes the emotion of curiosity so powerful is that it’s also an extrinsic motivator—one that can be exploited from several angles. 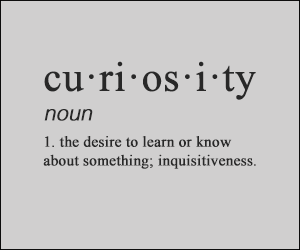 Curiosity is spawned in the fissure between what we want to know and what we actually know. It’s the innate desire to fill this void that makes us click. By simply identifying what knowledge your users are itching for, you have the ability to spark their curiosity—and ultimately get them to act.

At the end of the day, you must remember that your readers are human. SEO is important but boring keywords won’t always cut it. Engage with psychological triggers and write what you think would grab your own attention.

During the writing process, imagine you are the reader and ask yourself a few questions: 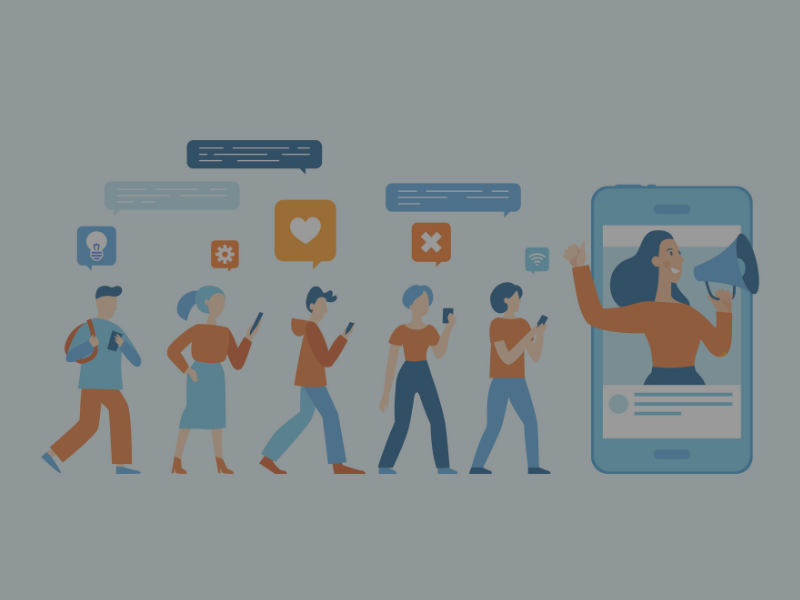 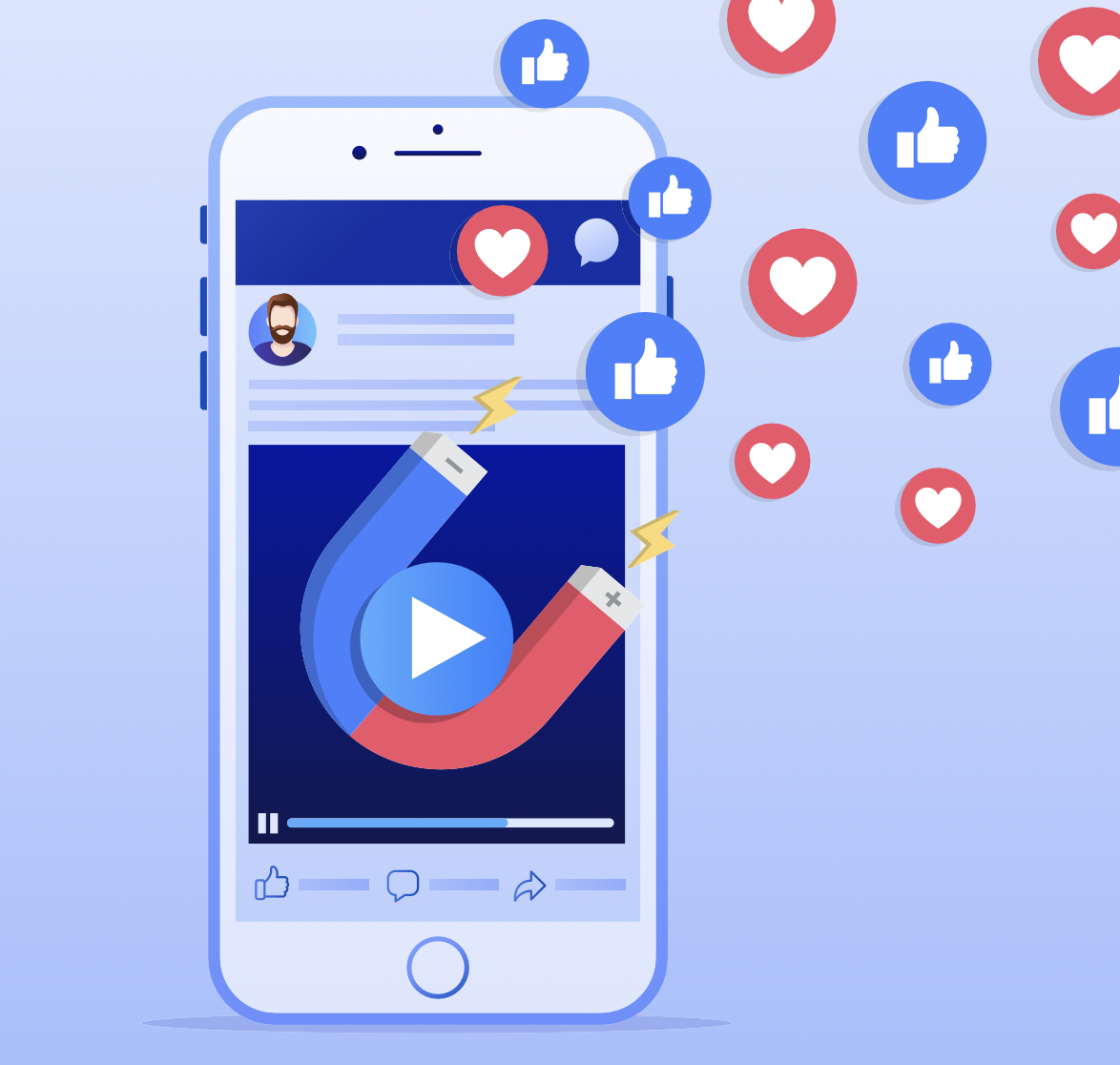 How To
6 Tips to Boost Video Views and Engagement on Facebook
On average, over 8 BILLION videos are watched on Facebook EVERY. SINGLE. DAY. However, creating videos that captivate your audience
Read Post 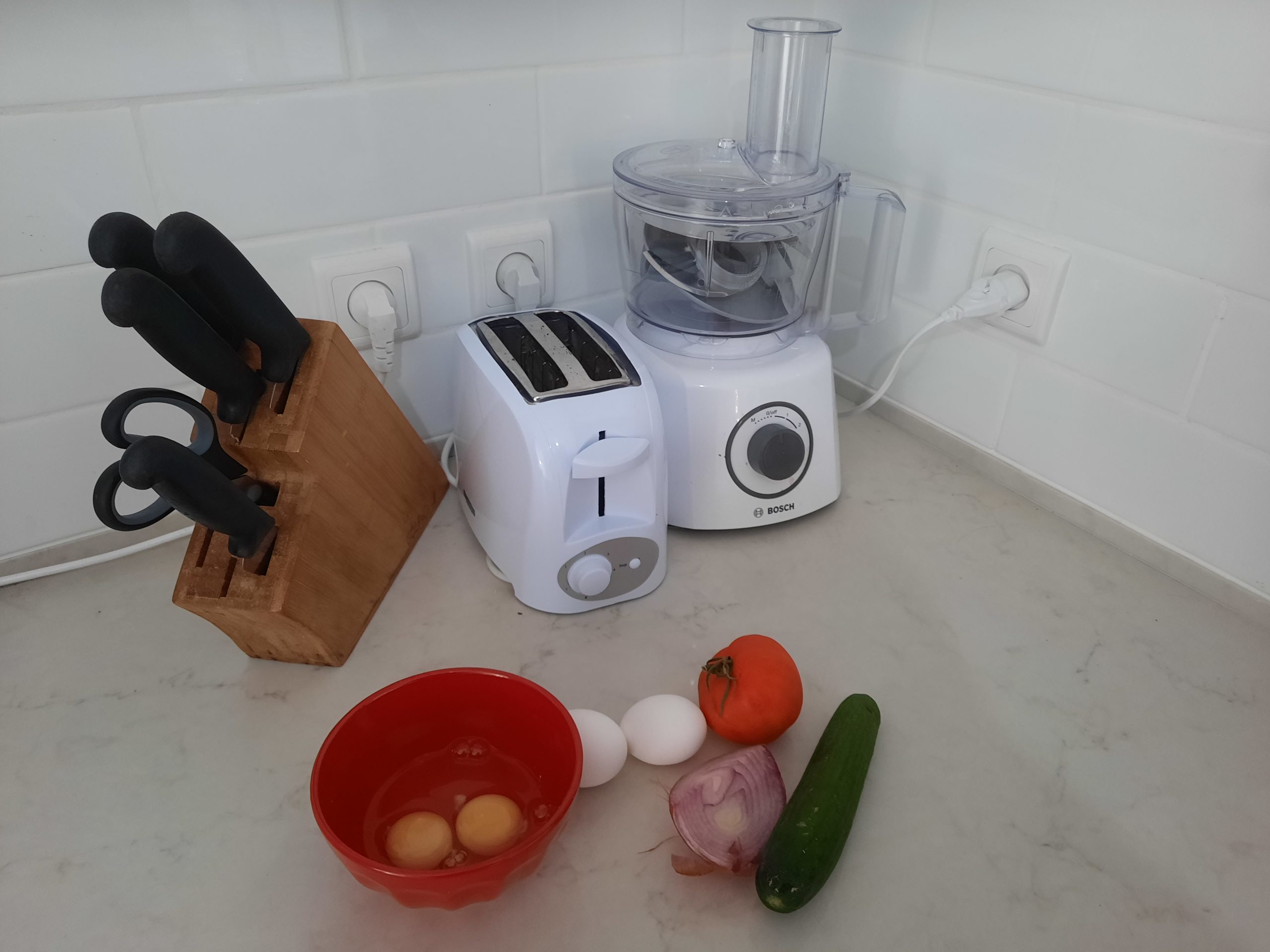 How To
How to Use DIY Footage to Improve Facebook Ad Performance
How do you grab attention on social media? According to our findings, the answer is clear: Go native. People are
Read Post